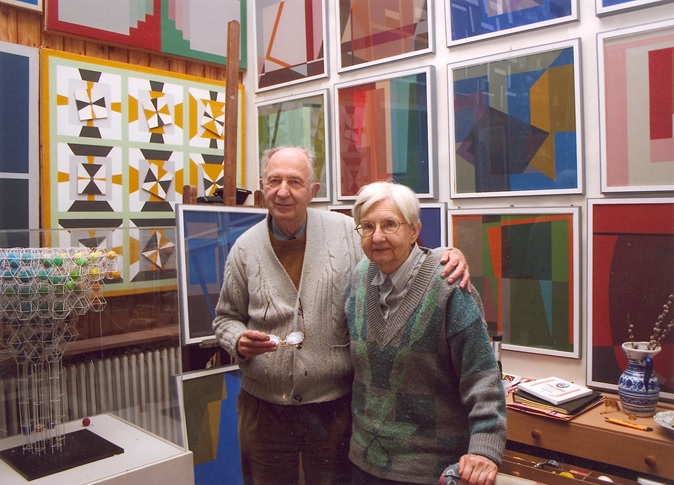 I was born on 9 June 1927 in Pápa. My parents were Elek Nemcsics, teacher of mathematics and physics teacher and Mária Széptóth, teacher of music and a renowned composer. When I was a child, we used to live in Pápa, at Zrínyi u. 29, in a very old, thatched house inherited from my mother’s family. The attic of the house was full of several hundred-year-old textbooks, including beautifully drawn sheet music, works on physics and geometry with figures on copperplate engravings, and teacher’s notebooks. I liked browsing here, usually on my own, but sometimes together with my three siblings. It was here that I found the notes of one of my granduncles, the legendary professor István Bocsor, which contained the history grades given to Petőfi and Jókai ...   I did my secondary school studies in Szent Mór Grammar School of Pápa, maintained by the Saint Benedictine Order. The Benedictine fathers gave me an education that emphasized consistent, diligent work and love of God. On Sundays we attended the Holy Mass together. The statues on the altar of the church, the reliefs of the pulpit and the pews, these wonderful Baroque style works were carved by Pauline monks in the 17th century. In the morning we liked to walk up to the huge crucifix located in the foreground of the left-hand side of the church, to say a prayer. We called the crucifix that received a black patina from candle flames of several centuries the Saracen Christ.

In 1945 I travelled to the College of Fine Arts on top of a boxcar. In Budapest I found the ruins of the war everywhere. First we cleared the studios of the debris of the ruins, then we affixed oily paper sheets onto the windows, so we can work. I took up various jobs, to be able to purchase the essential materials, paper, pencils, paints, brushes. My accommodation was in the Franciscan monastery in Pest, I also received lunch here. For one year Béla Kontuly was my master, followed by János Kmetty and István Szőnyi. From Kontuly I learned the technique of painting frescoes, from Kmetty commitment to art, from Szőnyi the expression of emotions, lyric moods by colours.

In 1949 I won an international juvenile fine arts award for my painting titled Construction Worker.

I graduated in 1950 from the fresco class of István Szőnyi. My thesis was a large mural on the façade of a building of Epreskert, opening onto Bajza street. At the same time, I obtained my degree as a secondary school teacher

In 1966 I received my degree as a Technical Doctor in the TechnicalUniversity.

In 1980 I received a PhD degree in Technical Sciences from the HungarianAcademy of Sciences.

In 1985 I became doctor of Colour Sciences and Architectural Sciences in the HungarianAcademy of Sciences. 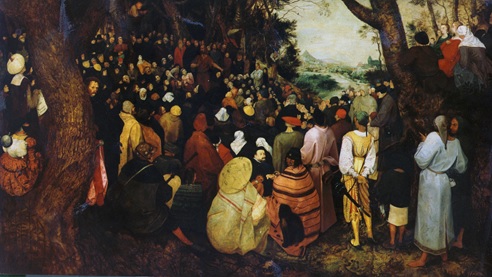 I got married in 1951, at the age of twenty-four. I married Magdolna Takács, who was my classmate in college. Three sons were born from our marriage, who have given me 15 grandchildren. Giving up her artistic ambitions, my wife primarily took care of the family. It is thanks to her that I was able to devote almost all my time to my works. Before the birth of our children she copied the painting of Pieter Bruegel, one of the great painters of mature Renaissance, titled Sermon of St John the Baptist, on display in the Museum of Fine Arts in Budapest. The jury of the museum found the copy identical with the original to the smallest detail. Several foreign museums wanted to buy it, but we would not part with it. From 2017 it has been on display on the wall of one of the rooms of the EsterházyCastle in Pápa. 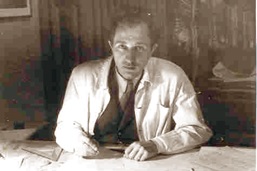 MY ACTIVITIES AS AN INSTRUCTOR

In 1951 I received a teaching position from the Technical University of Budapest and became an assistant lecturer in the Drawing Department. There I met architects. I became familiar with creative methods that were new to me, radically different from the painter of nature. I realized that in addition to the instinctive will to express our message, rationality, a set of logical steps is of major importance in the process of creation. As part of the official curriculum I taught, among others, drawing, painting and related arts, and much later colour science and colour dynamics.

In 1969 Tankönyv Publisher published my book titled Colour Science on the laws of composing with colours.

In 1974, as a new subject, I introduced the teaching of colour dynamics, fit out the instructional room for it and wrote its textbook.

1987 the Minister of Education appointed me to be a university lecturer for the Technical University of Budapest.

From 1988 I have also been a professor of the International Academy of Colour Sciences.

I retired in 1996. After I retired, for ten years I continued to lead the training “Specialized Engineers for Colour Dynamics”. 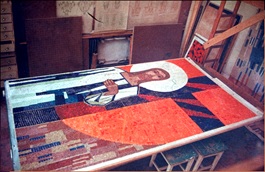 MY ACTIVITY IN FINE ARTS

From 1950 I created panel paintings for several years, while I was dreaming of colour spaces and murals. I tried to reproduce the emotions elicited by the visual sight, by applying several elements at first, but later on increasingly fewer, and naturally, by using colours whenever I could. Much later my panel paintings were about relations among the different colours. In these paintings colour no longer served the purpose of expressing the message of the sight, rather, it became the message itself. I also prepared mobile works of art and objects, in order to present this message as spectacularly as possible.

From 1960 I was receiving more and more commissions for designing the colours of various public buildings, primarily the interiors of churches. Seeing my old dreams coming true, I had the chance of creating frescoes, secco paintings, sgraffitos, ceramic pictures, cloisonné pictures.  Utilizing the laws of colour dynamics that I had explored in the meantime, I shaped these to be increasingly human, usable and beautiful. My activities in fine arts have earned me the following major recognitions.

1948 Youth painting award of the World Youth Convention in Budapest.

1963  Pro Loco Prize of the international painting contest announced to commemorate the five hundredth anniversary of the birth of Giorgione di Castelfranco, Italy.

1984  International Colour Planning Award I in Germany for the colour plans of the Castle District of Buda.

1987   Elected to be the vice-president of the Society of Colour Environment Designers.

2015   The exhibition of his life’s works is opened in Pápa, in EsterházyCastle. 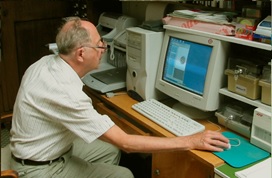 I started exploring the laws of the realm of colours from the beginning of the 1960s. I was looking for the reason why one colour seems alive and another dead, while in one we feel the vibration of life, while the other one cannot even start to speak. Why is it that if we consider some hues that seem very similar, some of them always look good together with others, while others ring false. Why is it that our choice of colours for a pictorial representation is only free within certain constraints. I have realized that aesthetic judgements may be affected by physiological factors, and these judgments can be described by psychometric scales derived from physical quantities. I developed the Coloroid Colour System, the Colour Dynamics Environment Theory, the Colour Preference Index Number System and the Complex Colour Harmony Theory.

From 1966 I was invited to give lectures in international congresses, to present my research findings

From 1967 my books and other publications have been published, in addition to Budapest, in London, New York, Toronto, Berlin, Paris, Zurich, Göttingen, Stockholm, Tokyo, Sydney, Singapore and many other places.

AWARDS FOR HIS SCIENTIFIC ACTIVITY

1980   Receives the research award of the HungarianAcademy of Sciences.

1982   President of the Colour Theory Sub-committee of the Hungarian Academy of Sciences, member of the Committee of Architectural Science of the Academy

1996   District XVIII of Budapest elects him an Honorary Citizen

which are available for viewing in Pápa, in the Antal Nemcsics permanent exhibition in the EsterházyCastle